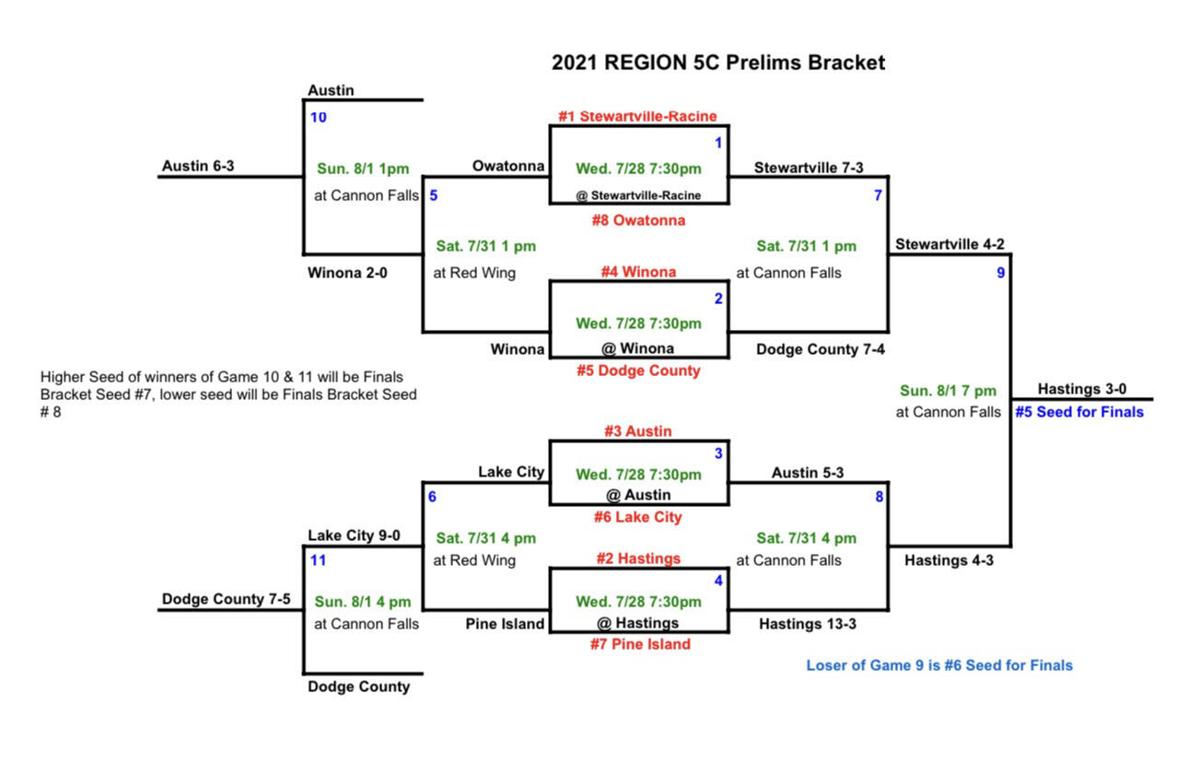 The full results for the Region 5C Preliminary Bracket. The next two weekends will be the Finals Bracket to determine who moves on to the Class C State Tournament. File photo 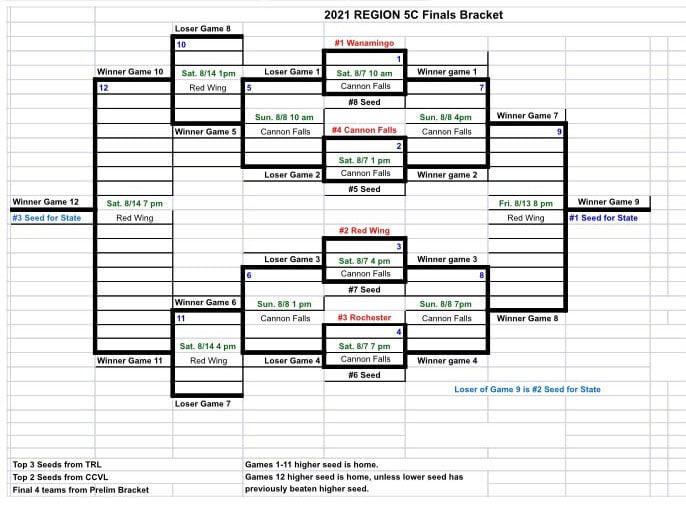 The Region 5C Finals bracket, which will take place the next two weekends in Cannon Falls and Red Wing. The No. 5 seed is Hastings, No. 6 Stewartville-Racine, No. 7 Austin and No. 8 Dodge County. File photo

The Region 5C preliminary tournament was played this past week to determine who the final four seeds for the finals tournament would be. There were four first-round games Wednesday night at teams’ home fields before the tournament moved to John Burch Park in Cannon Falls and Red Wing Athletic Field. The winners of the tournament, the Hastings Hawks, earned the No. 5 seed while the team they beat in the championship, the Stewartville-Racine Sharks, got the No. 6 seed. The Austin Greyhounds and Dodge County Diamondbacks came out of the consolation bracket to get the No. 7 and 8 seeds respectively.

Below are the full Region 5C preliminary tournament results:

Over the next two weekends, the eight remaining Region 5C teams will play a double-elimination tournament to determine the three teams that advance to the Class C State Tournament. The first round is Saturday, August 7, in Cannon Falls. Wanamingo is the top seed and will play No. 8 Dodge County at 10 a.m. Following that game, No. 4 Cannon Falls takes on the streaking No. 5 Hastings Hawks at 1 p.m. and the No. 2 Red Wing Aces faces No. 7 Austin at 4 p.m. The last game of the day is at 7 p.m. between No. 3 Rochester and No. 5 Stewartville.

Below are the preliminary tournament results: