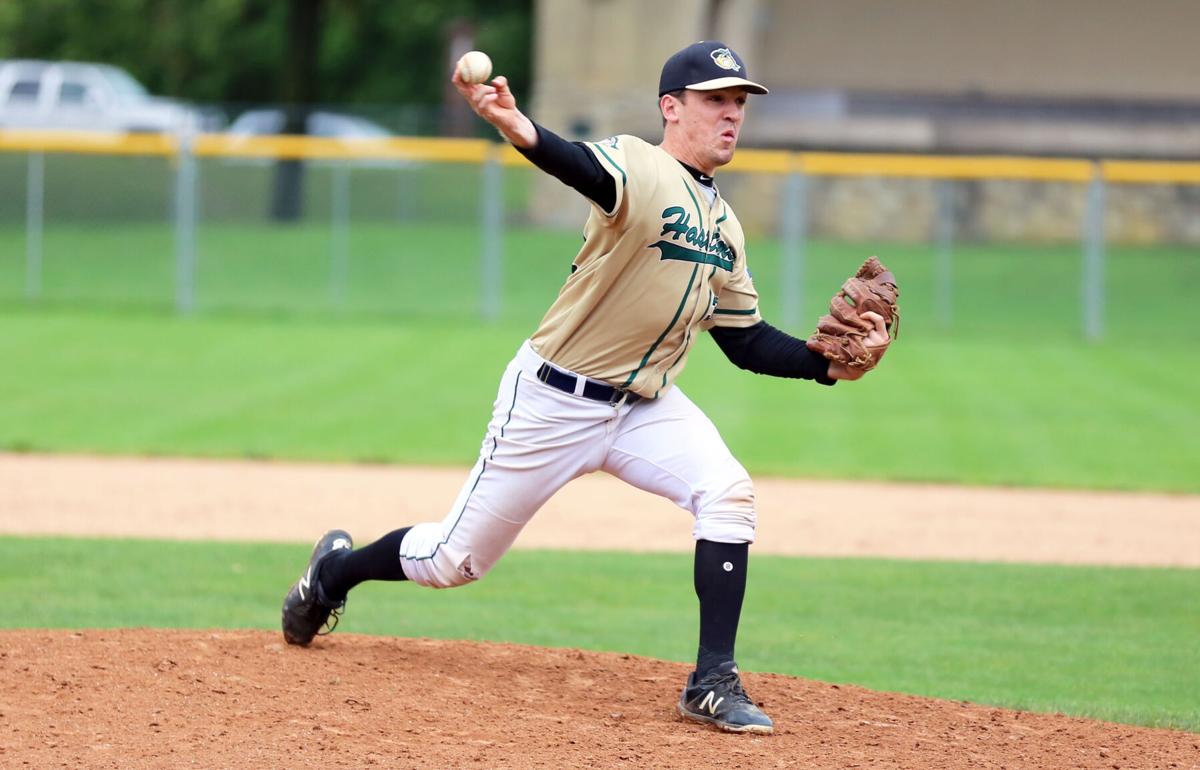 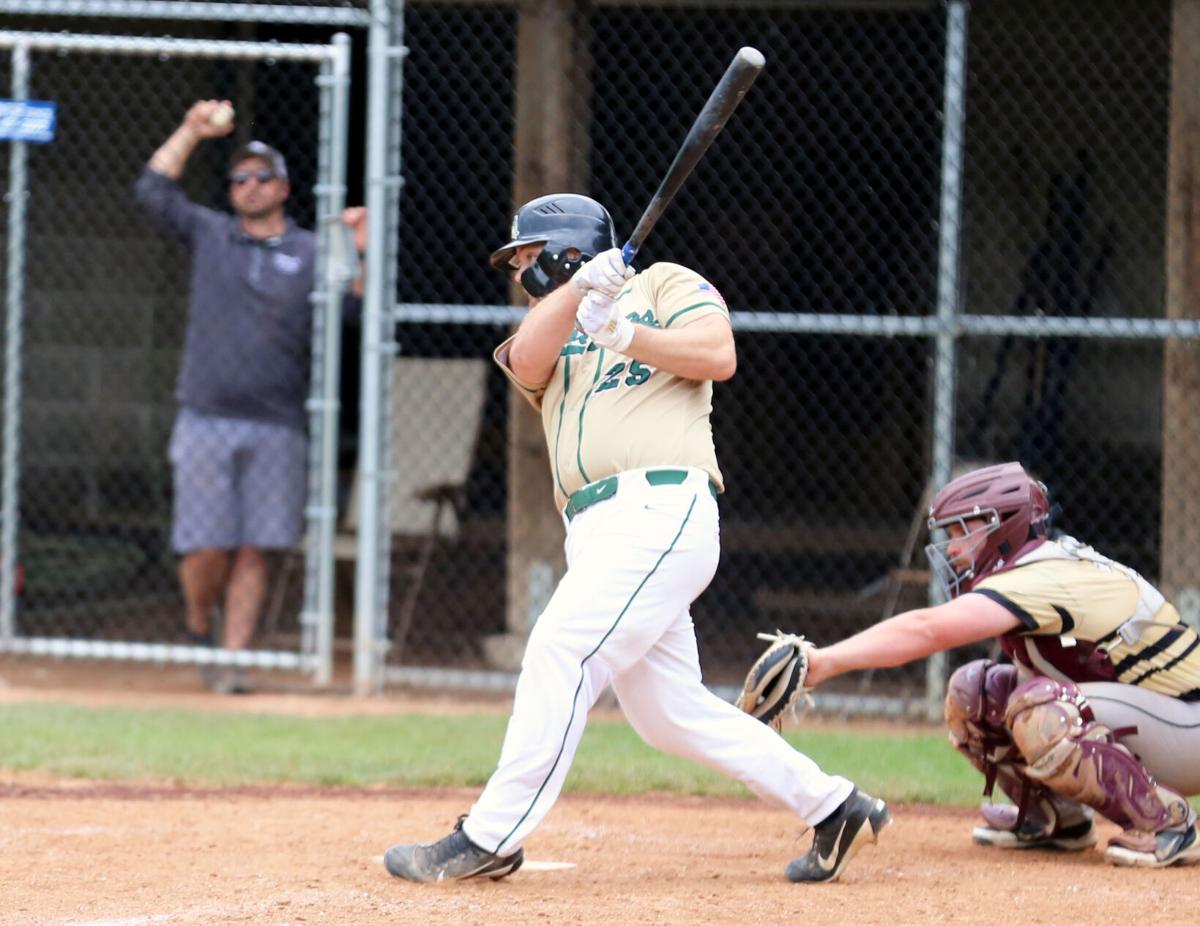 A day after falling to the Cannon Falls Bears 1-0 in the first round of the Region 5C Finals, the No. 5 Hastings Hawks kept their season alive and got their bats going with a 6-3 win over the No. 8 Dodge County Diamondbacks. A pair of two-run home runs by Ben Bundschu and Blake Warner kick-started Hastings’ offense, starting pitcher Jordan Jeske gave a solid performance after a rough first inning and the Hawks’ bullpen held on to give them the win.

Hastings will now have to win two games in one day to win the consolation bracket, take third and grab the final seed from Region 5C in the Class C State Tournament. The Hawks will play the No. 6 Stewartville-Racine Sharks on Saturday, Aug. 14, at 1 p.m. in Red Wing. That is a rematch of the Preliminary bracket championship game from a week ago when the Hawks beat the Sharks 3-0 on the back of a complete game, three-hit shutout by Jeske. Should they win, Hastings would then play the winner of the No. 3 Rochester Roadrunners and No. 4 Cannon Falls Bears at 7 p.m. for third place.

Sunday’s game against Stewartville-Racine got off to a rough start for Hastings and Jeske. Jeske walked the first two batters, struck out the next two, walked the fifth batter to load the bases and then struck out the sixth to get out of the jam. In the top of the second, the Sharks also loaded the bases on a walk, hit and hit batter but again, Jeske was able to get out of the jam with no damage done. From there he settled in and retired 15 of the next 16 batters.

The Hastings offense took a 1-0 lead in the bottom of the third when Nick Horsch was hit by a pitch, Cory Wolters singled , Jason Greeder moved back runners over with a sacrifice bunt, Jeske walked and Bundschu hit a sacrifice fly that scored Horsch. The Hawks then expanded that lead to 5-0 in the bottom of the fifth when Greeder walked and scored on a  deep, two-run home run by Bundschu to left field. Isaac Flynn then drew a walk and Blake Warner, a lefty, pulled a ball that just wrapped around the right-field foul pole for another two-run home run. They added another run in the sixth when Greeder was hit by a pitch and eventually scored on a passed ball.

Hastings held a 6-0 lead heading into the seventh inning, but Dodge County was able to claw some of that back in the top of the eighth. Jeske was relieved after six innings by Samuel Keran, who put together a 1-2-3 seventh but then struggled in the eighth. The first two Diamondback batters walked and Keran then issued another walk with one out to load the bases. From there, Dodge County got back-to-back RBI singles from Jordan Bale and Devin Knudson, plus an RBI sacrifice fly by Ryan McCabe to make it 6-3 heading into the bottom of the eighth.

The Hawks went down in order in the bottom of the eighth and Andrew Kemper came in to pitch for Hastings in what was a save situation. Kemper faced just four batters, which should have been three except for an error, and preserved the win for the Hawks and earned the save.

Jeske went six innings to earn the win and gave up zero runs on two hits and five walks with seven strikeouts. Keran pitched two innings in relief and allowed three earned runs on three walks, two hits and a hit batter. Kemper came in for the ninth and threw a scoreless frame for the save.

Kaleb Thiesse started on the mound for Dodge County and was stuck with the loss after going five innings where he gave up five earned runs on six hits and four walks with three strikeouts. A.J. Yusten threw the last three innings and gave up one earned run on three hits, a walk and a hit batter with four strikeouts.

Warner and Bundschu led the Hastings’ offense with two hits apiece and each a two-run home run. Bundschu also had an RBI-sacrifice fly. Wolters went 2-for-5 while Flynn, Jake Sandquist and Horsch all added hits. For Dodge County, four Diamondbacks had a hit apiece while Bale, Knudson and McCabe had their three RBIs.