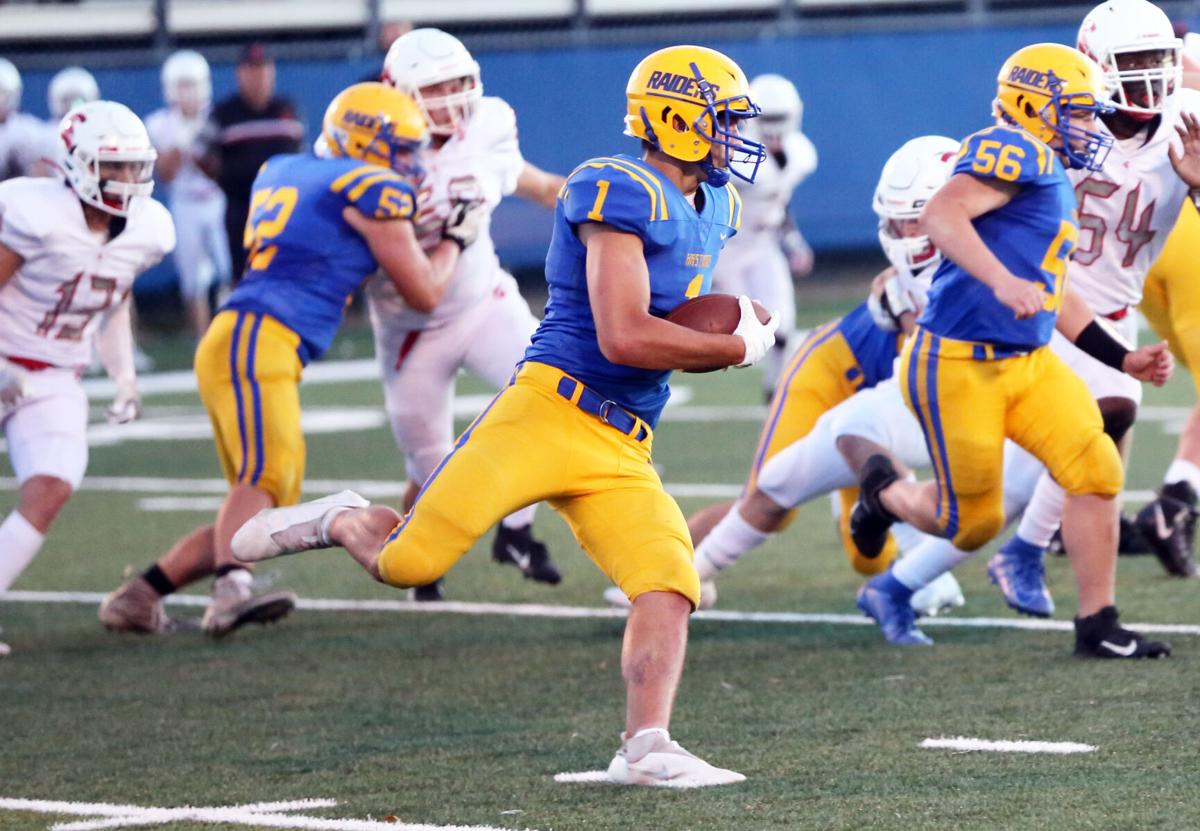 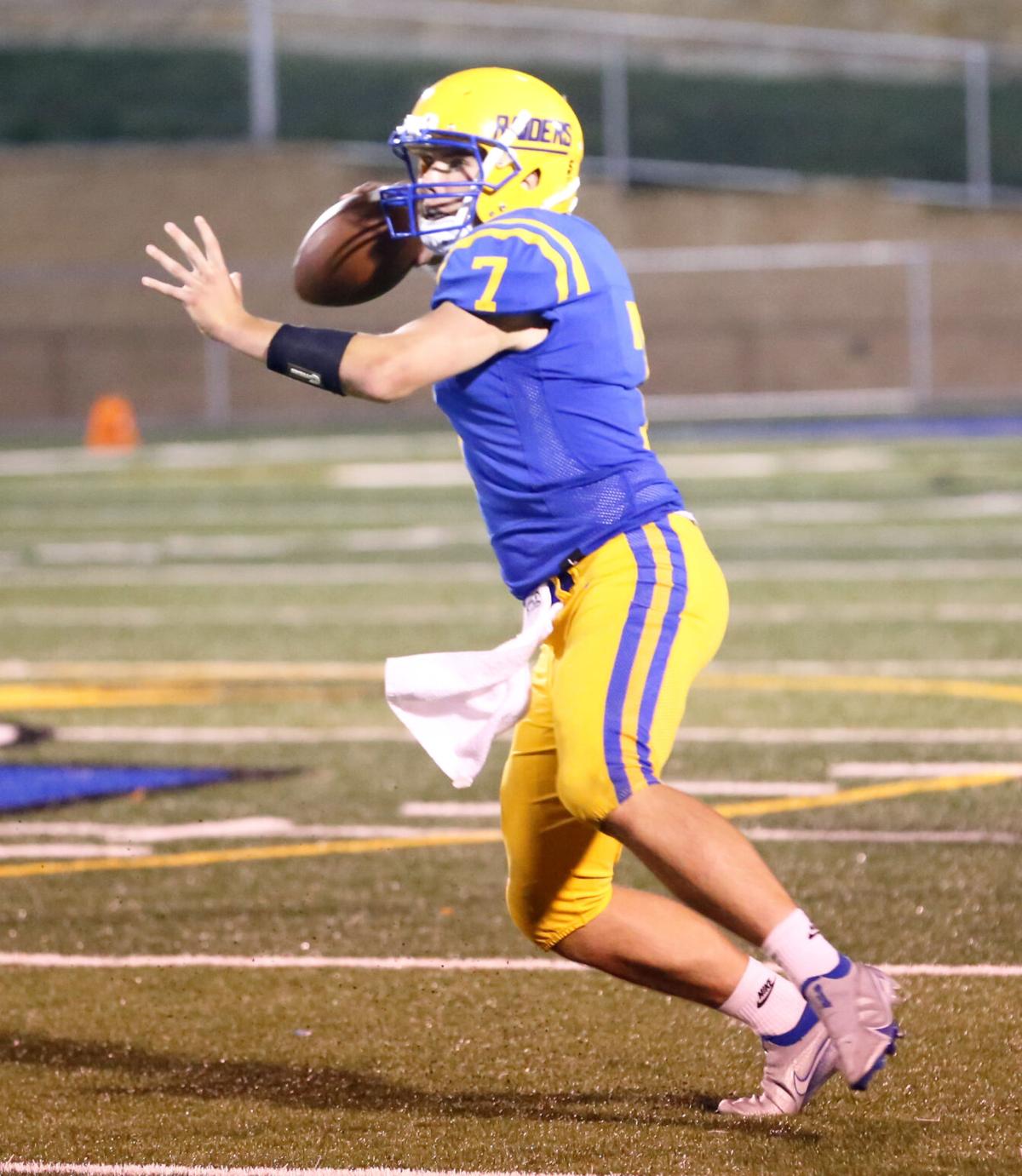 Senior quarterback Axel Arnold threw for 3 touchdowns and ran in another in the win over Two Rivers. Alec Hamilton / Hastings Star Gazette

The 42-31 final score of the Hastings Raiders’ football game at Two Rivers on Saturday does not tell the whole story. The Raiders dominated the Warriors for three quarters and entered the fourth quarter with a 42-9 lead before putting in the reserves. Two Rivers mounted a comeback against those reserves but the Hastings starters were able to shut the door and preserve the double-digit win.

The Raiders are now 4-2 and 2-1 in the Suburban-Maroon sub-district. According to QRF, Hastings is second in Class 5A, Section 3, significantly behind St. Thomas Academy but with a decent lead over Bloomington Kennedy. A win over section opponent Bloomington Jefferson on Thursday will most likely secure the No. 2 seed in the section playoffs for the Raiders and a first-round bye.

Hastings led 14-0 after the first quarter. Senior quarterback Axel Arnold scored from 1 yard out with 8 minutes, 2 seconds left in the first quarter. Just over 4 minutes later, Arnold connected with senior wide receiver Stephen Reifenberger for a 13-yard touchdown to go up 14-0. Senior Rhys Fillion made both extra points.

Two Rivers got on the board just five seconds into the second quarter with a safety. However, Hastings then scored 21 unanswered points before halftime to extend their lead to 35-2. The Raiders scored three times in the span of about 5:30. Junior Rico Cooper pulled in a 6-yard touchdown pass from Arnold with 6:47 left, senior Brenden Freiermuth scored from 5 yards out at the 4:14 mark and junior Jonathan Bezdicek scored on a 34-yard touchdown pass with 1:24 left in the half. Fillion made all three extra points.

Hastings went up 42-2 at the start of the third quarter after Bezdicek broke a 30-yard touchdown run. Not long after, Mason Moynihan scored from 2 yards out for the Warriors and the score was 42-9 heading into the fourth quarter.

Two Rivers scored three times in the span of less than 3 minutes to cut the deficit to 42-31. The first two were by Moynihan on the ground from 10 and 25 yards out. The third came with 6:49 left in the game by Gabriel Goldenman from 35 yards out. The Raiders held on for the 42-31 win.

In total, Hastings racked up almost 400 total yards (376) on 55 plays while Two Rivers managed just 268 yards on 49 plays. The Raider defense gave up 153 yards on the ground and 115 yards passing while forcing four turnovers -- three fumble recoveries and an interception.