The first child to Duane and Sylvia (Ellingson) Bakken, Greg was born on January 26, 1960, in Mason City, IA. He attended Northwood Kensett Community Schools, graduating in 1979. During his high school years Greg helped his dad in “the shop” repairing and servicing semi-trucks for Bakken Truck Lines. It was during this time that he developed an interest in precision machining and developed a strong work ethic. Greg was baptized and confirmed at First Lutheran Church of Northwood. He was united in marriage to Susan Lipstock in July of 1983. A divorce followed a few years later.

Greg furthered his education at Dunwoody Institute, graduating in 1981 with a degree in Machine Tool & Die. He worked for Laser Tech, Inc. as a laser technician from 1981-2011 following the company from Minnetonka to St. Croix Falls, WI. In 1987 he worked at Accumold in Ankeny, IA for one year and then returned to Laser Tech. In 2012, when Greg was forced into a job change, he attended Fox Valley Technical College and received a technical diploma in truck driving. He drove for Roehl Transport as a flatbed driver until 2013 when he was hired as a petroleum driver at Holiday/Circle K Station Stores. He worked there until his passing.

Greg was a kind, gentle man who loved those close to him deeply. He was dependable, loyal, and honest. He was a hard worker; the past few years working many 5 consecutive 12-hour days without a complaint. Greg loved motorcycles-not so much the riding, but the window-shopping and owning of them. He also loved to keep up on the technology of cars, trucks, and Jeeps. Greg had a great sense of humor and loved to tell funny stories of his past. He liked to read. When he learned of the Shepard’s Chapel in the late 1990’s he studied the Bible intensely. Greg was not a texter or video chatter, but he loved a good old-fashioned phone conversation and would talk at long lengths. He treasured his family and friends and thought it was neat to stay connected via Facebook.

Greg will be deeply missed by his brother Anthony (Tony) Bakken, his wife Sara and their children Mitchell and Mason, all of Farmington, MN, many aunts, uncles, cousins, and friends including special friends James Welsh of Northwood, IA and Don Heath of Forest Lake, MN.

He was preceded in death by his parents, grandparents, and niece Emma Bakken.

His Celebration of Life will be Saturday, November 20, 2021 from 10-Noon with a lunch following at Bible Baptist Church in Farmington, MN. A graveside service in Northwood, IA will be at a later date. 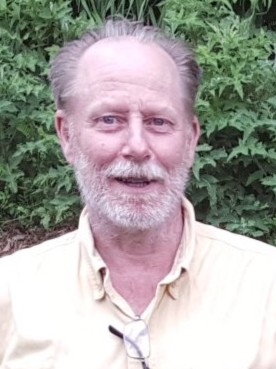