Skip to main content
You are the owner of this article.
Edit Article Add New Article
You have permission to edit this article.
Edit
Home
Local News
Things To Do
Obituaries
Sports
Opinion
Classifieds
Preferred Business Program
Sponsored Content
OMGHired Local Jobs
About Us
Magazines
Advertise with Us!
1 of 2 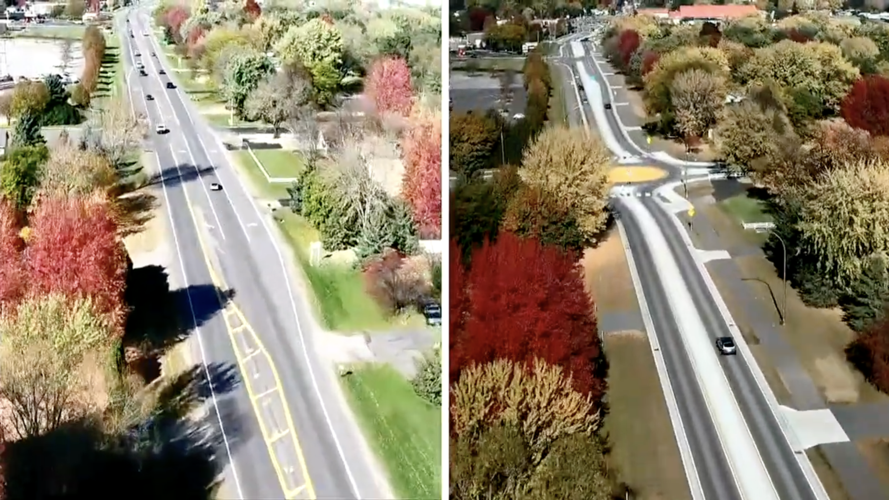 Screenshot of MNDOT's before and after drone footage of HWY 316. 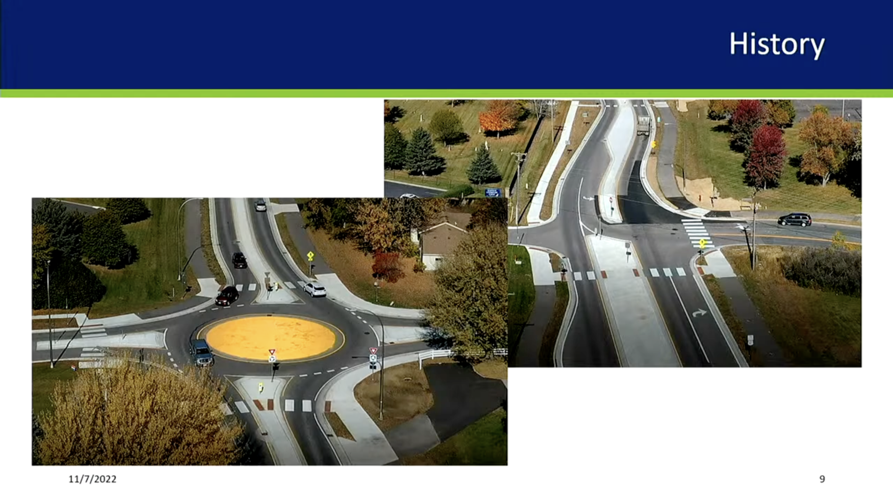 Screenshot of MNDOT's before and after drone footage of HWY 316.

At the Nov. 7 Hastings City Council meeting, Minnesota Department of Transportation gave an appraisal of the completed Highway 316 project, labeling it as a “success.”

The bulk of the construction work on Highway 316 was done in May 2021, and the project was officially completed last month.

This week construction of the Highway 61/Highway 316 roundabout project north of Red Wing neared completion and the road is fully open to traffic, according to the Minnesota Department of Transportation.

As the new-car smell of the project faded, and users of the Highway 316 corridor in Hastings experienced the alterations, comments of displeasure began to flood in to the City Council and MnDOT.

That prompted the city of Hastings to invite MnDOT to give a presentation at the City Council meeting to wrap up the work that was done and to try to diminish any qualms residents may still have regarding the Highway 316 project.

“The reason we asked MnDOT to come here tonight is, in the Hastings community, we’ve heard a lot about 316 in the last couple of years,” Hastings’ City Engineer Ryan Stempski said.

Stempski prefaced MnDOT’s presentation by saying that the work on 316 was a long and arduous process involving a lengthy construction season with “pretty dramatic detouring.” With all of the comments that he and the City Council have received, he wanted to have MnDOT circle back to the beginning of the project and talk about where the corridor sits today, what the goals were, and if those goals were met.

MnDOT Metro District South Area Engineer Bryant Ficek, who helmed the project, gave the presentation and painted a positive outlook on the work that was done, and the overall collaboration that made it all possible.

“From MnDOT’s point of view, we think that it is a successful project. Right off the bat, I will say I’m happy where it’s at,” Ficek said.

Ficek acknowledged that this project had “bumps in the road,” but he said that a lot of the uneasiness around Highway 316 in Hastings has had to do with the unfamiliar elements that were implemented into the project. Those particular elements, a two-lane divided road and compact roundabouts, are fairly new to Minnesota and only exist in only a few other areas of the state, Ficek said.

“This has been a significant change, and with any change, it does take some time to adjust,” Ficek said.

One of the things semi-truck drivers have not been able to adjust to is the use of compact roundabouts along the highway that are not big enough to accompany the trucks that travel that road.

In preparation for the project, MnDOT and the city consulted with users, residents and businesses along the Highway 316 corridor in Hastings by way of open houses, business meetings, City Council meetings and workshops and an online comment map. From that input, the project team gleaned that access and safety were the chief concerns needing to be addressed.

“We tried to put all this in to reflect what we heard in answers and to provide solutions to those issues,” Ficek said.

Ultimately, MnDOT realized that the project needed to be split into two parts: one focused on the north junction of Highways 316 and 61 just south of Tuttle Drive, and the other focused on the southern city limits to the south junction of the two highways. The finished project features new trails and pavement, highway crossings, a center median, improved drainage, updated signage and lighting, not to mention the compact roundabouts, which became the primary subject of ire for some businesses and residents.

“Why did we choose compact roundabouts? We went with the roundabouts because they are safer, they’re flat out safer,” Ficek said.

Ficek, elaborating on the benefits of the compact roundabouts, said that they improve operations and slow speeds. He added that by going with the compact roundabouts versus ones of larger size, the project team was able to “minimize, if not eliminate the taking of property” from residences and businesses along the corridor.

The original construction plan for the Highway 316 project was projected to last two years with full detours, but Ficek said that MnDOT wanted to shorten it due to the constraints it would place on residents. So, they attempted to get all of the major construction done in the first year, closing Highway 316 in May 2021 and reopening it later that year in November.

When the Highway 316 project encountered its bumps, Ficek said that the teamwork displayed between the vested entities was constructive and led to beneficial adjustments.

“We had that great communication and collaboration back and forth. When those issues came up, we were able to talk through them and figure out, okay, what can we do, how can we improve what’s out there, how do we try to avoid making the mistakes again as we go to the next phase and the next phase,” Ficek said.

Acting as a medium of communication for the concerned businesses, Barse and the Hastings Chamber of Commerce brought a few key issues created by the project to the forefront, leading to two major elements being redressed.

Strained truck usage along 31st Street was one of those glaring issues that arose after the initial reopening of Highway 316.

“We got a little bit more involved with this project when we heard from some of our industrial park business owners that said, ‘I’m just really concerned about the mini roundabouts because they’re very new to Minnesota, and we’re concerned about our semi trucks getting in and out with ease and the load shifting, going up and over, because you cannot go around these roundabouts without going up and over the lip,’” Barse said.

The heavy truck usage in that area caught Ficek and MnDOT off guard, as they were expecting the majority of that type of traffic to take place on Spiral Boulevard. Barse teamed with a local trucking company, Solid Staging, to help illustrate to MnDOT the deficiencies that truckers were dealing with.

“What we did is we worked with Solid Staging, and they took drone videos to identify the ‘challenge points’ and where they were to show MnDOT. We called out that 31st Street needed to be widened, and I think that they did more than we had even asked for,” Barse said

The second major element of the Highway 316 project that required additional tweaking was the coloring and striping of the compact roundabout at 31st Street. Ficek said that the color contrast of the striping was off, and that the additional changes that were made have boosted compliance around the roundabout.

“We have done preliminary checks. Since that striping went in and we’ve seen 98% or better, 49 of 50 vehicles, they’re doing it the right way, they’re going around, they’re slowing down,” Ficek said.

While the construction for Hastings’ Highway 316 project is now wrapped up, Ficek said that there is problematic drainage occurring south of Tuttle Street that requires some ditches to be reworked this spring. Additionally, a larger MnDOT project encompassing the rest of the way down the highway will begin in 2025.

Going forward, Ficek said that he intends on heading a study meant as a follow-up to the project to better convey the standing of Hastings’ newly minted Highway 316 corridor.