Skip to main content
You are the owner of this article.
Edit Article Add New Article
You have permission to edit this article.
Edit
Home
Local News
Things To Do
Obituaries
Sports
Opinion
Classifieds
Preferred Business Program
OMGHired Local Jobs
About Us
Magazines
Advertise with Us!
1 of 3 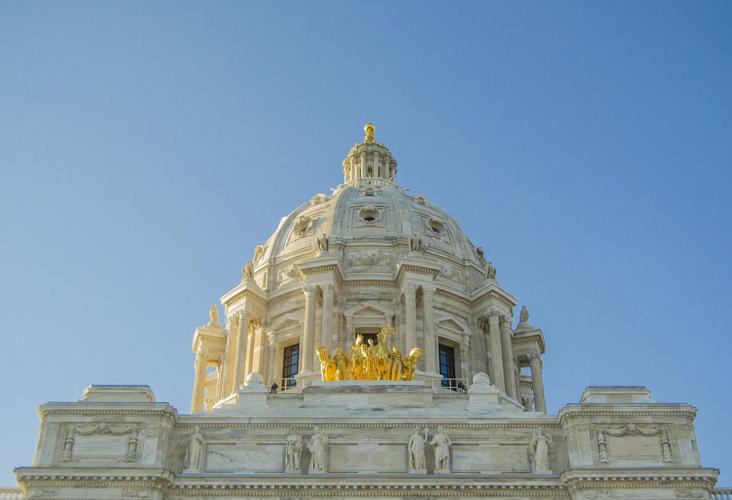 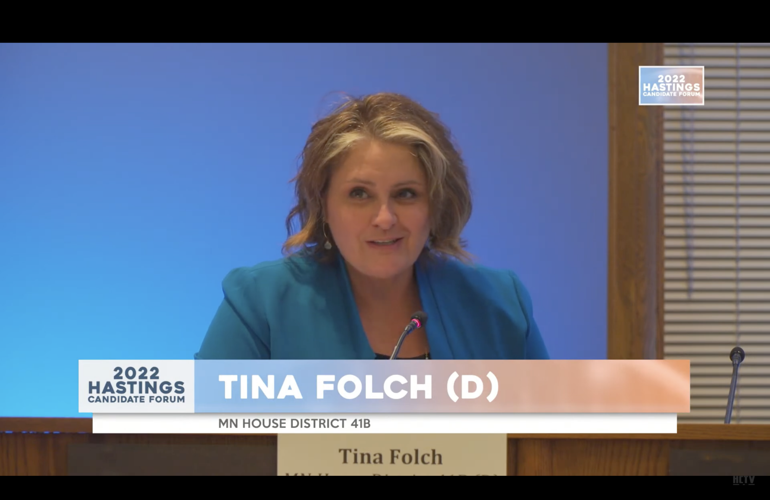 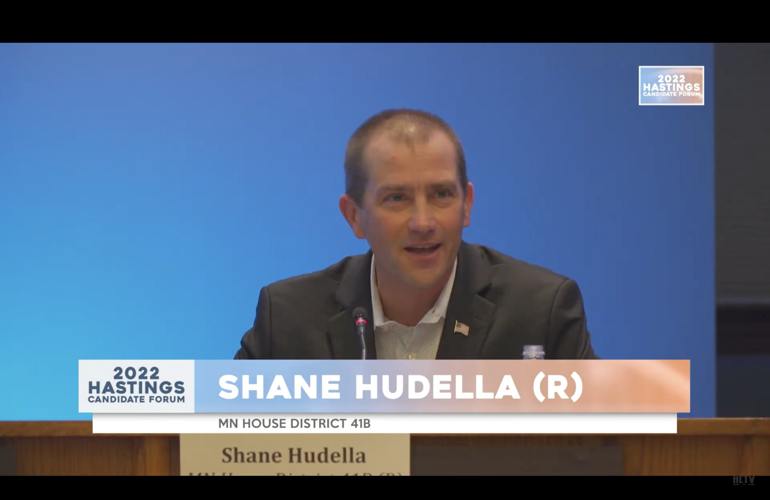 Hastings residents and MN House District 41b candidates Tina Folch and Shane Hudella fielded questions about how they would improve the economy in Minnesota if elected on Nov. 8.

The Hastings Chamber of Commerce and Tourism Bureau and Hastings Community TV co-hosted a forum at the City Hall on Oct. 20 for Folch and Hudella to flesh out what their respective fiscal approaches would be in the capital. The economy-based questions were compiled by the chamber of commerce along with input gathered from residents.

John Hunt, the senior manager of digital marketing at Smead Manufacturing, acted as the moderator for the forum.

In their opening statements, Folch and Hudella, both longtime residents of Hastings, stated their claims and calls to duty. They both identified bridging the growing partisan divide as a driving force for their campaign.

Backed by Hastings Mayor Mary Fasbender, Cottage Grove Mayor Myron Bailey and a variety of organizations, including unions, teachers and public safety departments, Folch sees herself as the optimal choice to build bridges in office.

“We need someone like myself, with experience as an elected official and bringing diverse people together from our communities to find common ground solutions, as an expert in state and local government issues, I will hit the ground running,” Folch said.

Being a first-time political candidate, Hudella explained that diminishing social and economic factors drove him to put his name in the hat. Combating the fentanyl crisis, rising crime rates and record-high inflation were key battle cries Hudella outlined in his opening remarks. Hudella said he wants to see Minnesota residents extend their hands across the aisle more often instead of resorting to unproductive quarreling.

“Something has to give, we have to stop screaming at each other and we need to start working together to solve our problems. We’re still the greatest state, and I’m here to start delivering solutions,” Hudella said.

The first question asked the candidates to provide an overview assessment of the economy and business competitiveness in Minnesota as they view it. Unprecedented inflation was a recurring theme throughout the forum and identified by both candidates as a hindrance to the state's economy.

However, Folch and Hudella posited different opinions and solutions on the matter of inflation. While Hudella believes that the climbing inflation rate can be tied to irresponsible government spending, Folch sees it primarily as a lingering byproduct of COVID-19.

With Minnesota expected to have a budget surplus of approximately $9.25 billion, each candidate would like to see a portion of that money be refunded to the states’ taxpayers. Outside of refunds though, the MN District 41b candidates were not on the same ground when it came to how Minnesota should manage the surplus.

Hudella wants “significant tax relief” for Minnesotans, and if elected, he said that he would be a part of the team that repeals the tax on social security and fights for across-the-board tax cuts in 2023.

“We have an overtaxation problem in MN as evidenced by this massive surplus that we have,” Hudella said.

Folch credited Governor Tim Walz’s administration for helping put Minnesota’s budget well into the green. She wants some of that extra revenue to be funneled into Minnesota’s Child Care Assistance Program, a program she feels is woefully overwhelmed and underfunded. Folch would also advocate for additional funding toward the public school systems and outdated infrastructure.

On the topic of possible state mandates for paid leave and other workplace benefits, Folch and Hudella stayed along party lines.

Hudella acknowledged the importance of paid-family leave, but he disapproves of what he calls “one size fits all  mandates,” and he doesn’t believe that the government should take such lengths to tell an employer how to operate their business.

Folch labeled these potential mandates as “minimum standards meant to protect the public health, safety and wellness of both workers and the public,” and she said that she would ensure that businesses’ perspectives were represented at the table.

Folch and Hudella aligned a handful of times in their responses, but the forum didn’t come without a few partisan jabs.

When asked about what his approach to getting things done in office would be, Hudella said that listening is key. He went on to say that his campaign found common ground with a dissenter through online commenting, and that Folch has, on occasion, blocked certain comments representing opposing views on her campaign’s website and social feeds.

“You can’t turn the comments off when you’re going to the state capital, you have to have those conversations,” Hudella said.

“Minnesota needs to fight back against candidates like Hudella that want to force women to bring pregnancies to term regardless of their ability to financially or physically take care of those children,” Folch said.

Folch also said that Hudella and his likeminded Republican cohorts intend on “bleeding the public school system,” and said that she opposed his pro stance on eliminating the gas tax. Hudella addressed the subject of the gas tax in one of his responses by claiming that the Democrats, and Folch by extension, are needlessly pushing for an increase in the gas tax.

“Governor Walz and the Democrats are still fighting for a 20 percent increase on our gas tax when we don’t need the money,” Hudella said.

Election Day is on Nov. 8, and absentee-ballot voting is already underway. For more information about voting in Hastings, check out the city's website.