Skip to main content
You are the owner of this article.
Edit Article Add New Article
You have permission to edit this article.
Edit
Home
Local News
Things To Do
Obituaries
Sports
Opinion
Classifieds
Preferred Business Program
OMGHired Local Jobs
About Us
Magazines
Advertise with Us!
1 of 5 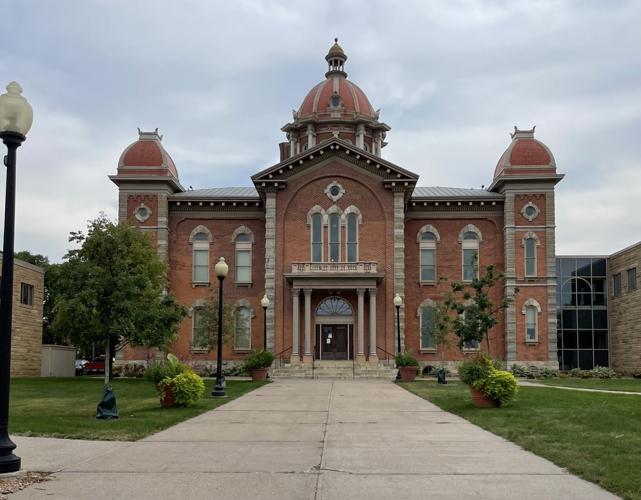 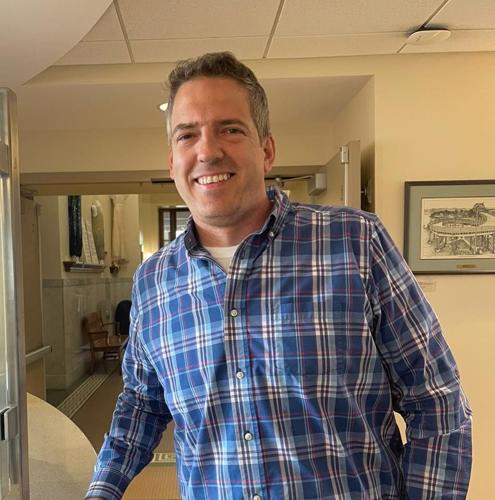 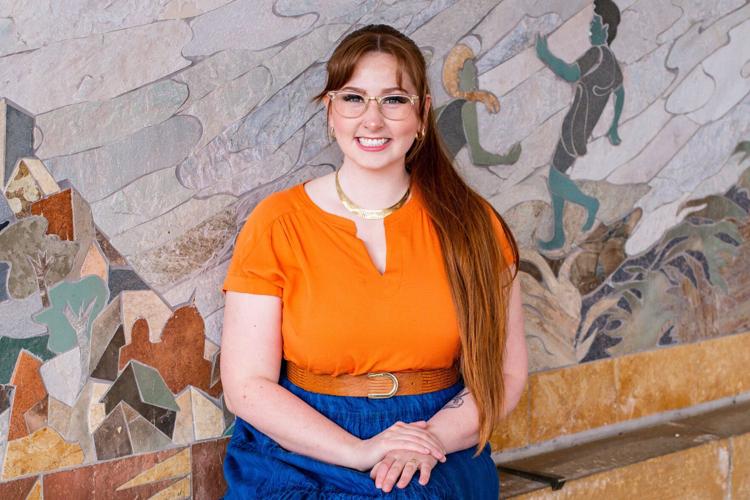 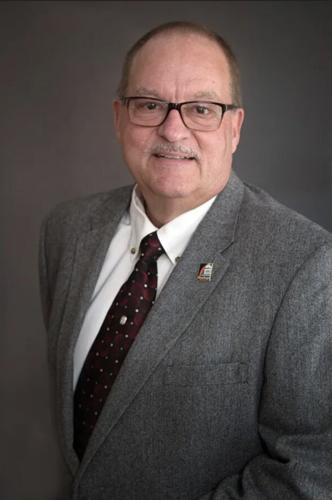 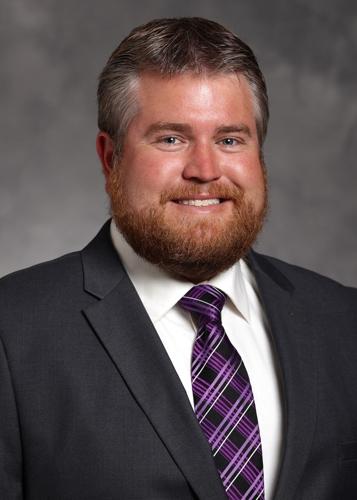 The candidates for the two Hastings City Council at-large seats further revealed their intentions if elected to office this November at the Hastings Candidate Forum.

With the Nov. 8 election looming on the horizon, candidates Angie Haus, Ian T. Martin, Dave Pemble and Tom Wright took to the stage at City Hall and answered questions regarding the economic environment in Hastings and how they would work to improve it.

John Hunt, the senior manager of digital marketing at Smead Manufacturing, acted as the moderator for the forum.

The forum kicked off with the opening statements from each candidate during which they reminded their audience of who they were and their dedication to Hastings. All four candidates stated their passion for the community in these statements, having been in Hastings almost exclusively for their entire lives.

Haus, who works as a dental assistant at Smile Orthodontics, sits on the boards on local diversity nonprofits Thrive and IDEA. She said that she has volunteered extensively in her life and that serving on the City Council would be “an extension of my desire to help others.”

Martin has a background in law enforcement as a former police officer and currently works as an operations agent at the Metropolitan Airports Commission. His civic duties include service on the Heritage Preservation Commission, and, most recently, as the vice chair of the Planning Commission.

Pemble is a retired, licensed peace officer and served as an air-ground search specialist for the Air Force in Dakota County. He has multiple public service positions under his belt, having sat on the school boards for ISD 917 and ISD 200 and worked with the Public Safety Advisory Commission and the Parks and Recreation Commission.

Wright carries degrees in radio broadcasting and communications, and spent several years as an Army Ranger. He worked for the Hastings Community TV for 15 years, 10 as the Executive Director, co-owns a local business, Method Organization, and is the founder and coordinator of the Memorial Day March For Them.

If elected to City Council, you’ll be asked to make decisions for the City that, may at times, be unpopular, how do you plan to involve the public and work with fellow councilmembers in making both popular and unpopular decisions?

The candidates had fairly similar answers to this opening question without much deviation. They all talked about the need for transparency from public officials and how actively listening to and trying to understand all angles when dealing with competing interests is essential.

What, if anything, would you do to improve it?

Positivity toward businesses was generally the shared sentiment among the candidates.

Haus emphasized that the city should be in constant communication with the local businesses to see what their wants and needs are. Wright mentioned the variety of events, new and old, that have been successful in generating business in Hastings, and he would like to see the city and local businesses continue to prop up and sponsor those events.

Martin and Pemble brought up concerns they have with the direction of the business climate in Hastings.

Martin said he has heard “a lot of trepidation” about Vermillion Street while door knocking at residents’ homes and businesses, and he shared part of those concerns at the forum.

“Building a wall down the middle of Vermillion Street will kill economic growth. Limiting left turns will change the traffic count and affect accessibility of businesses. We really need to have a close ear on that project in the near future,” Martin said.

On the other hand, Pemble expressed concern about the type of growth that the city has been experiencing. He pointed out that the retail side of the business climate has “grown immensely these past few years,” but he fears that it may be becoming too saturated. He would like to see more growth take place in the industrial park, where the city has struggled to attract new businesses to fill the available parcels of land.

Overseeing the city’s budget is an important role of the city council. How do you feel the city has done when it comes to balancing community needs while being mindful of the tax burden being placed on residents and businesses, and what, if anything, would you do differently?

For the most part, the candidates seemed to approve of the City Council’s stewardship of the budget.

Haus said that the city has “done well at managing this” under circumstances like inflation and COVID-19. She pointed out that the city is working to replace capital equipment as well as dealing with an aging infrastructure, and she feels that the city’s tax rate increase is reasonable.

Similarly, Pemble discussed the city’s ongoing efforts to replace fading facets of its infrastructure. However, he stated that he feels like the city is putting too much of an emphasis on the roads, and he would like to see some of that money spread around a bit more.

Wright mentioned that the tax rate increase in the 2022 budget was the first time the city has seen such an increase since 2016, which he said was “positive news.” He also compared the city of Hastings to Columbia Heights, two cities of similar populations, and touted Hastings for being able to get by on a smaller budget. He suggested that Hastings look into investing in hybrid vehicles for their public safety departments as a way to cut costs.

Martin said that he thought the City has done “OK,” and he definitely sees room for improvement. Citing the County Road 46 project as an example, a project where Hastings is set to incur 13 percent of the bill, Martin said that if elected, he would try to find ways to minimize the amount of costs that Dakota County is “pushing onto cities.” Martin would push for Dakota County to model its cost-sharing system after the one utilized by Hennepin County, which he said is an “a-la-carte approach.”

Hastings City Council has identified tourism as a top priority. What can the city do to best support tourism in the community?

Effective messaging and committed self-promotion were at the core of the candidates’ answers to this question. They want the city to continue to be innovative and not be bashful when it comes to marketing its attractions.

Haus suggested that the City should consider extending its lodging tax to incorporate Airbnb and Vrbo properties as well.

Martin would like to see the city conduct another tourism study, something that hasn’t been done since 2017. He wants the city to determine and hone in on who exactly is coming here so that they can effectively target those tourists.

“We need to champion the community we live in,” Martin said.

Pemble likes the direction that tourism is going in Hastings and wants to see the city continue to follow the playbook laid out in the 2017 tourism assessment.

Wright echoed that sentiment, saying that he is fond of where the city is going and doesn’t want the city to “get in its own way.” In order for Hastings to continue on its trajectory, Wright says it is all a matter of collaboration and positive messaging.

Here are brief snippets from each candidate’s closing remarks.

“My main selling point, why you should vote for me, is that I do have a track record for making a difference in whatever organization I’m involved in,” Wright said.

“As your next at-large city council member, I would bridge the gap between the residents and government by supporting both industrial and residential growth,” Pemble said.

“No matter who up here tonight gets elected, support them, don’t tear them down. We’re all running for different reasons, and each of us has our own ideas of how and what we can do to add to this great city,” Martin said.

Election Day is on Nov. 8, and absentee-ballot voting is already underway. For more information about voting in Hastings, check out the website.