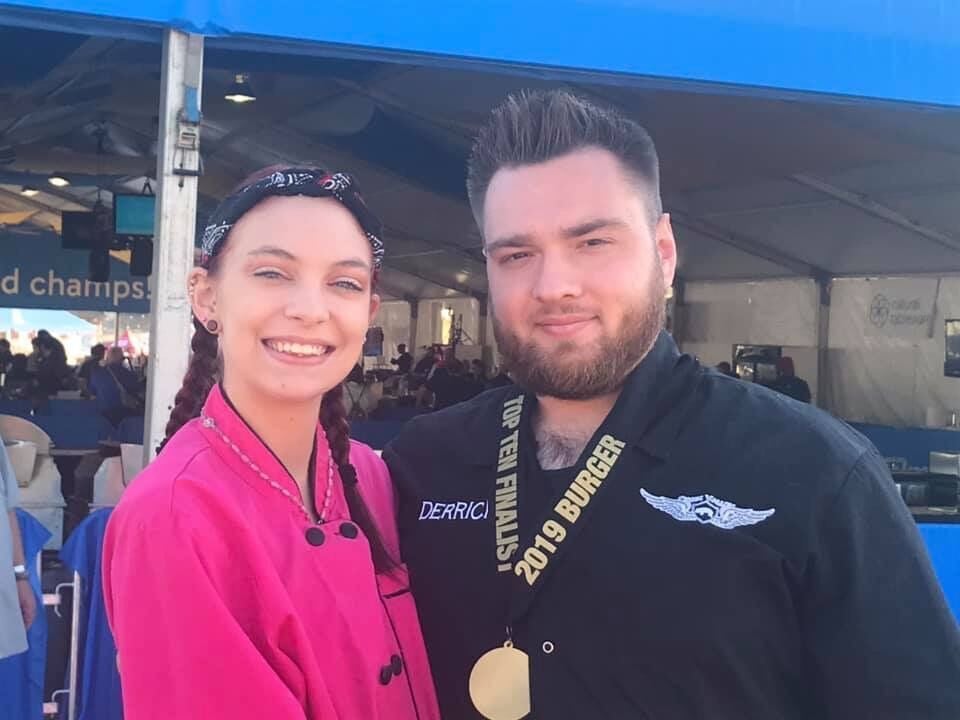 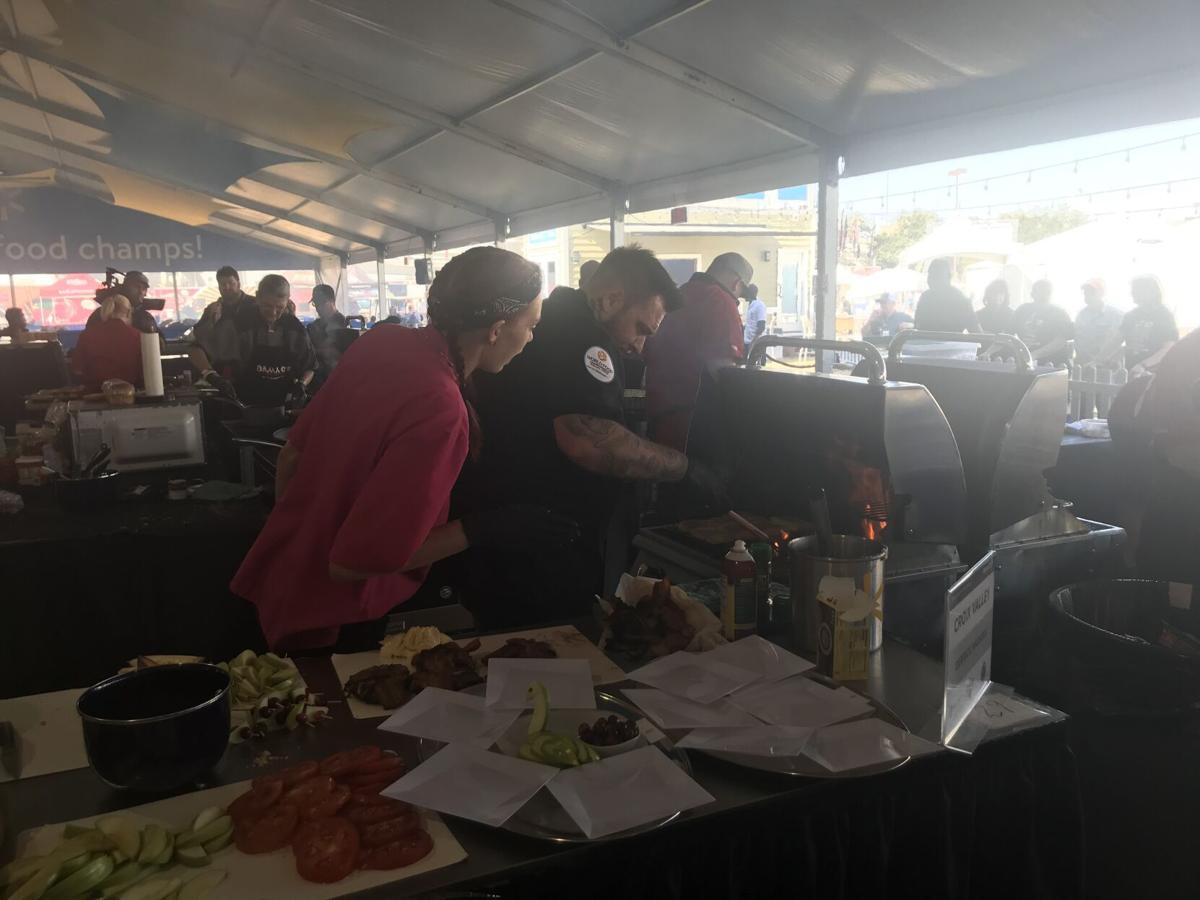 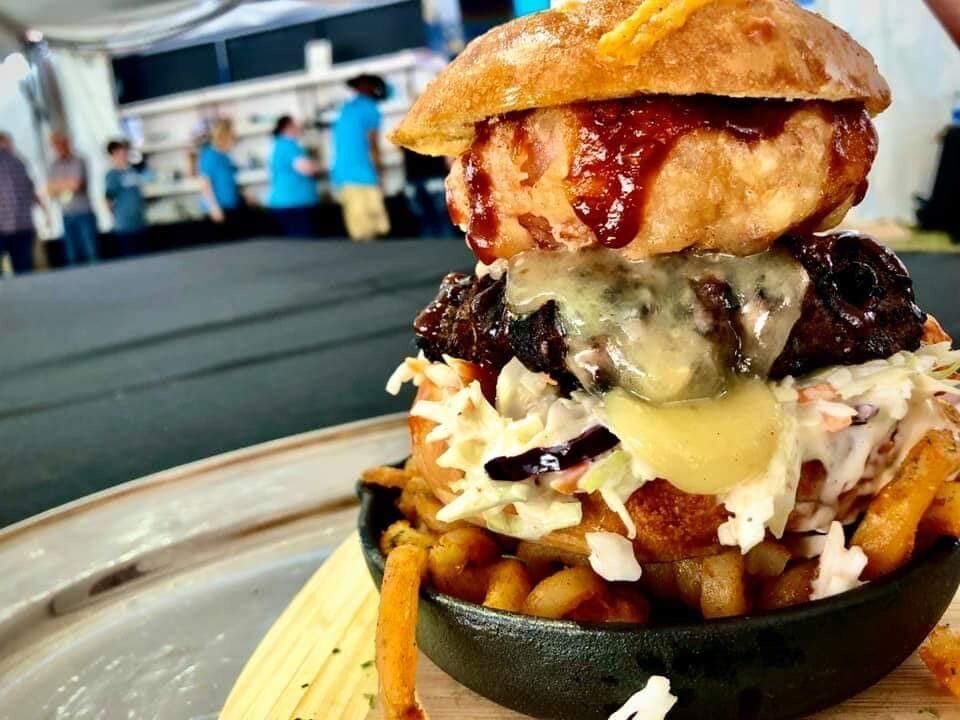 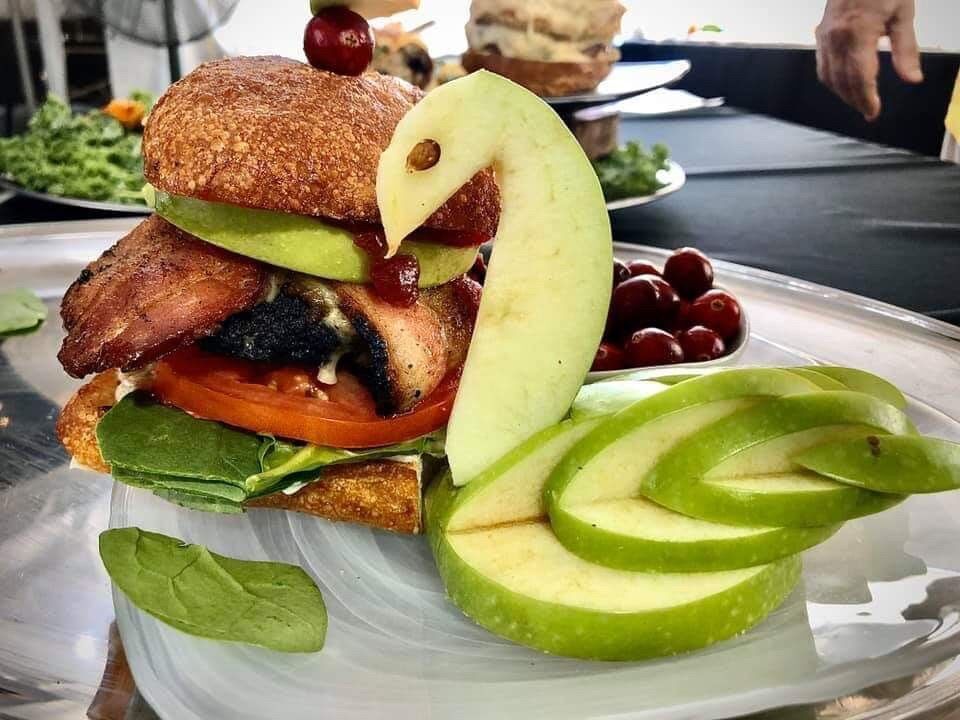 NEW RICHMOND -- Derrick Madaris and Ema Bond make a good team, both in their relationship and in the kitchen. The two chefs work together at Table 65, and last month they proved just how well they work together, earning 10th place at the World Food Championship in Dallas.

Madaris and Bond competed in the burger category, going up against nearly 40 competitors including her mother and stepfather.

Contestants have to win their way into the competition. Madaris did so by winning an online competition that required him to create a unique burger recipe along with a photo of the completed dish.

“It’s definitely harder because sometimes the taste can outshine how it look,” Bond said.

The recipe earned him his spot in the World Food Championship Oct. 17-20, and Bond joined him there as sous chef. At ages 24 and 21, Madaris and Bond were the youngest competitors.

During the competition they crafted two different burgers. One was their take on the cowboy burger. The other was a signature burger that shows who the chef is. They made a Midwest Burger, with cranberry sauce, brie and apple aioli.

The competition was intense. It all takes place outdoors, in the extreme heat of Texas. Chefs have an hour to complete each burger, with a countdown to the last minute.

“It was close,” Bond said, and a couple people missed the mark. “It was definitely a little terrifying going into it.”

After this first round though, she said they started to feel more comfortable.

Madaris and Bond did well in the first round, earning a spot in the final 10-team competition.

They’re used to working side by side at Table 65.

“Every Friday and Saturday night it’s me and Derrick in the kitchen,” Bond said.

The experience carried into this competition, with the two operating often without words, working around and with each other.

The trip was the first time Madaris and Bond have been in the competition. Her parents have been participating for years. Making it into the top ten during the first trip was very exciting, Bond said.

“I started crying, I think he shed a tear but he won’t admit it,” Bond said.

Beating out her parents was a bit of an added bonus, Bond said. Though they’re all competitive, her mom and stepdad, Lu and Damon Holter,. were excited and proud of them, she said.

Her favorite part of the competition was the cooking itself, Bond said.

“That’s such a passion of mine,” she said. “To do it with him was even better.”

The love of food, and competition, runs in Bond’s family. Her parents own Croix Valley Foods, which makes sauces, rubs and more in its main kitchen in Hudson. They have a barbeque competition team and have been bringing her to competitions since she was a child.

“Some families go on vacation, we go to barbeque competitions,” Bond said.

After school she would be down at the Croix Valley kitchen, helping her mom out as needed.

Bond began dating Madaris three years ago, bringing him into the food-loving family.

The two are already making plans for next year’s competition. Placing in the top 10 automatically earned Madaris a spot in the 2020 championship.

Bond is hoping to earn her own spot as head chef, possibly in the dessert round. She watched a few this year and became intrigued.